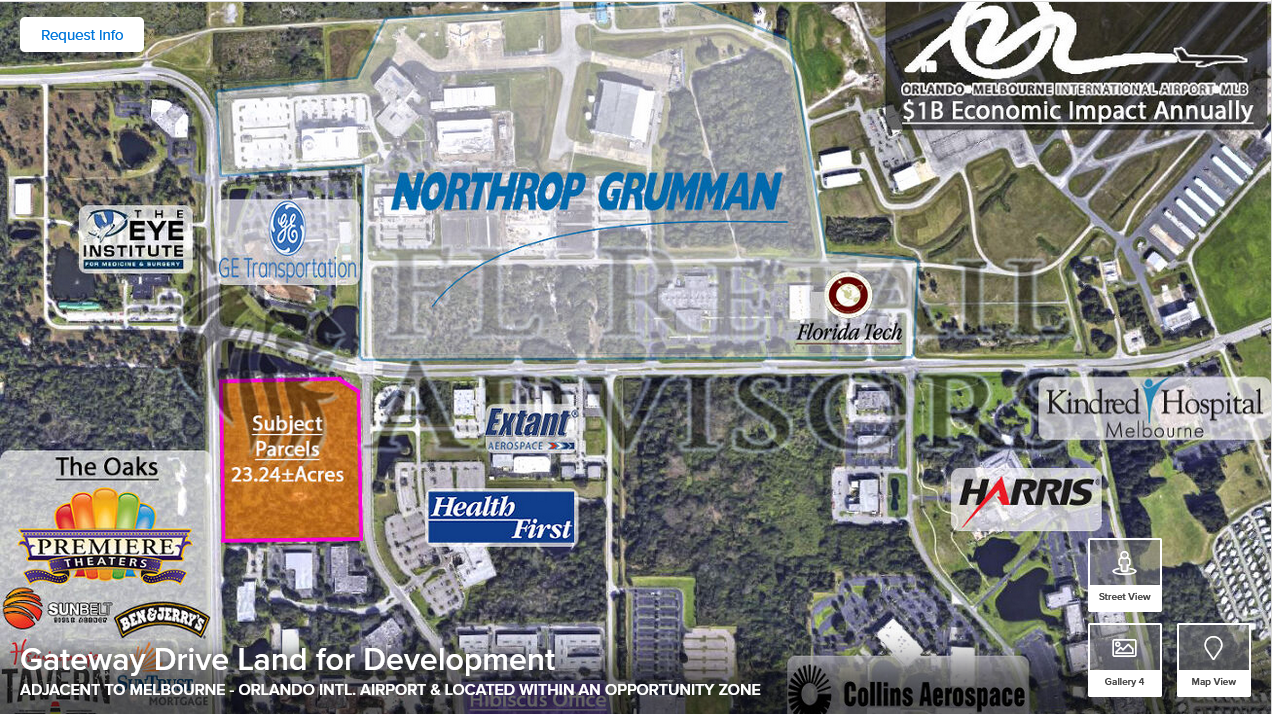 Subject Property is comprised of two adjacent rectangular-shaped parcels totaling 23.24±Acres with frontage to Nasa Boulevard and exposed to a combined traffic count of 53,200± vehicles per day.​ The Subject is located in the heart of Melbourne’s Executive District and adjacent to the Orlando-Melbourne International Airport.​ The subject faces Northrop Grumman’s regional corporate campus to its north and Health First’s 198,654±SF Urgent Care facility to it’s east.​

The parcel’s are zoned M-1 commercial, which possible uses include but are not limited to office / hotel/ retail/ restaurant/convention center & banking.​ The subject is also located within an opportunity zone, which can provide investors with significant tax incentives for development.​ The Property is situated on the southeast corner of Nasa Boulevard (18,200±AADT) to the north, and bordered by Evans Road to the west (29,500±AADT) and Gateway Drive (5,500±) to its’ east.​

The Northrop Grumman campus directly across the site to the north now accommodates an estimated 4,000± employees, after they recently expanded their operations at the campus to include an additional 1,900 jobs with an average salary of $100K+.​

Alongside Northrop Grumman, the Property is also located with one-mile of four of the largest employers in Brevard County: Harris Corporation, Embraer, Health First & Rockwell Collins.​ Also in close proximity to the Subject is the new $300M Aerion Park, which will incorporate a new global HQ and integrated campus for research, design, production and support of the company’s supersonic aircraft.​ The new project represents a multi-year investment that is expected to generate at least 675 jobs in Florida by 2026.​